Dr Gorana Kuka often wrote for several popular magazines in the country and worldwide. She usually wrote on the topic of hair transplantation, hair loss prevention and possible therapies. Also, several times she was a guest in TV shows on Serbian television talking about these issues and aesthetic surgery in general. For several on line foreign magazine Dr.Kuka was interviewed  as a doctor from a small developing country to present experience and knowledge of our experts in this field of medicine. Those were the interviews for MedSpaMD I ENT today, as well as for Plastic Surgery Practice, renowned American magazines. She was the author of a couple of papers in medical journals.

In Serbia, she was regularly writing on the subject of hair transplantation for Aesthetic Surgery Journal , and occasionally for magazines The Men , Bazar , Politika . She has appeared in shows on TV Prva , Studio B , RTS, TV Pancevo I Kofernikus TV .

Dr Gorana Kuka is present in a largest female forum ana.rs with the topic “Treatment of hair loss”, which is very widely read . 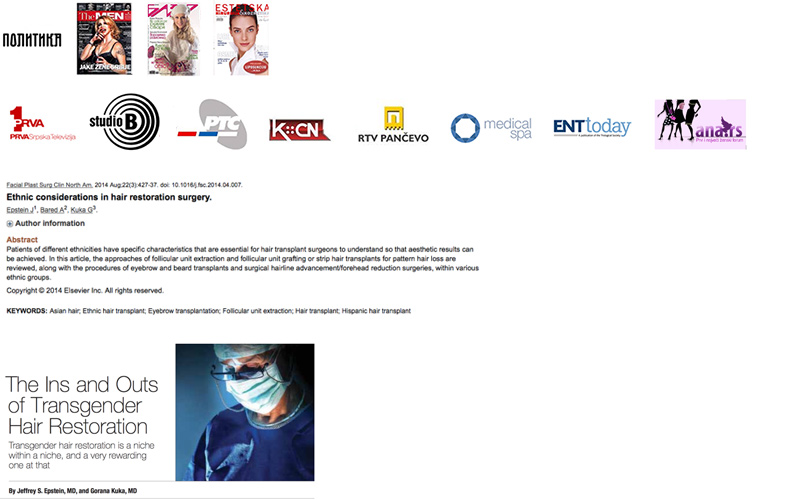 Dr. Gorana Kuka is the author of the article on hair loss in women in Plastic Surgery Practice magazine.