Over the last few years eyebrow transplantation has rapidly grown to become a very popular procedure for women, but for men too. The option to remedy a lack of hair in the eyebrow region completely naturally, using one’s own hair, which is transplanted using a refined technique (usually from the back of the head), has brought about something of a revolution in facial cosmetic surgery. The eyebrows make up a logical whole together with the eyes and are a very important part of the face. It is very noticeable when they are lacking – indeed, it can completely alter a person’s facial expression. The technique of eyebrow transplantation means we can finally offer a solution for all those who are dissatisfied with the appearance of their eyebrows and want to change it. The procedure only takes a couple of hours but the results are permanent.

Eyebrow transplantation is a surgical procedure that can permanently correct thinning or loss of the eyebrows.

The eyebrows are an esthetically important aspect of the face, providing contours to the eyes and forehead and contributing to the expression of emotions such as anger and surprise. They have other functions too, in particular preventing sweat, water and other impurities entering the eyes. Eyebrow fashion has changed decade by decade, which can be seen from the photographs of famous actresses over the years. We saw thin and heavily-accented eyebrows go out of fashion a few years ago and now wide, thick, naturally curved eyebrows are increasingly being sought. The eyebrows of girls and women today require a minimum of plucking. The important role of eyebrows in facial beauty can be seen when looking at photos of famous women with different eyebrow shapes.

The eyebrow shapes most commonly sought by our female patients are those sported by Cara Delevingne, Natalie Portman and Sofía Vergara. They want their eyebrows to have a subtle shape, to be long, wide and to match the overall appearance of their face.

The leading and most common cause of a lack of eyebrows is excessive plucking in the effort to follow the fashion of previous decades when thin eyebrows were very popular. Unfortunately, for many girls and women, years of plucking has damaged the hair irreparably and it has now been lost. This gives the eyebrows a thin, narrow or irregularly-shaped look. In extreme cases they can be lost altogether. Eyebrow loss can also be genetic, where several generations of the same family have narrow or thin eyebrows. It is not uncommon for a grandmother, mother and daughter to have eyebrows that are identical in appearance, which supports the notion that there is an inherited predisposition towards a particular eyebrow look. Electrolysis or laser hair removal can cause permanent loss of the eyebrow hair. Wearing a piercing for a number of years can also be a cause. Many patients also have scars in the region of the eyebrow from various physical traumas or burns. A surgical brow-lift procedure can also leave visible scarring on the eyebrows. Certain systemic conditions, such as disorders of the thyroid gland (hypo- or hyperthyroidism) can often affect the appearance of the eyebrows, particularly in the appearance of the so-called Sign of Hertoghe – a loss of the outer third of the eyebrows. The eyebrows also thin and narrow as we age, and this is referred to as senile loss of the eyebrow. Just as hair loss progresses over the course of a person’s life, so the eyebrows thin over the years. Certain medications can cause eyebrow loss, such as the contraceptive pill, chemotherapy and aspirin. Dermatological disorders such as atopic dermatitis, eczema and lupus can also result in loss of the eyebrows. Hair loss can also extend to the eyebrows, and they will thin as a result of androgenetic alopecia, telogen effluvium and frontal fibrosing alopecia. It is also not uncommon for alopecia areata to affect the eyebrows. In short there is a whole range of conditions that can cause thinning of the eyebrows and dissatisfaction with their appearance. 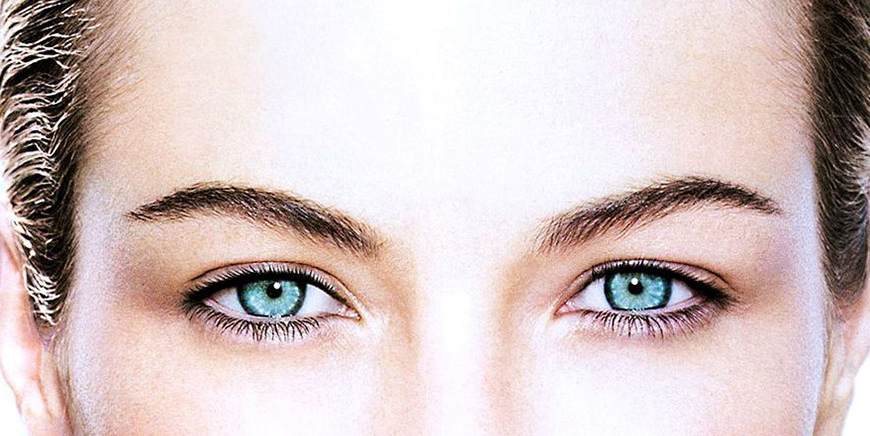 Eyebrow transplantation as a way of restoring the eyebrows has existed for some fifty years or more, but it has only been perfected in the last ten or fifteen years, and can now give completely natural-looking results, where the grafted hair cannot be distinguished from the surrounding hair.
The procedure gives much more natural results than tattooing, microblading or temporary or permanent make-up, since the lack of eyebrows is corrected using the patient’s own hair, not with colouring. The back of the head is usually used as the donor site. There a small area of around 4 x 4 cm needs to be shaved short (to around 2 mm in length) so that transplants (grafts, i.e. hairs) can be taken using the FUE technique, to later be implanted. A region is chosen which can easily be covered by the surrounding hair so that the shorter hair in that region is not noticeable, until it grows back to its natural length. The FUE technique (short for follicular unit extraction) is the most modern technique available for taking transplants both for hair and for eyebrow transplants. It involves using a microsurgical device to separate the transplants from the surrounding skin. The technique is a very delicate one and requires great precision on the part of the surgeon in order to avoid damaging the transplants which are to be implanted later. Transplants obtained in this way often need to be additionally manipulated under a microscope in order to obtain grafts of just one or two hairs that are ready for implantation.
The desired shape of the eyebrows is planned together with the patient prior to the procedure. After anesthetic has been given, microincisions are made in the eyebrow region no greater than 0.5 mm in length. These incisions must be correctly orientated, and of the right depth and distribution, since the hairs which are to comprise the eyebrow will later be implanted in them. Between 100 and 400 hairs are required for one eyebrow, depending on the thickness and width the patient would like to achieve. An eyebrow transplant is carried out under local anaesthetic and usually takes around three hours. Immediately after the procedure is finished the patient can go home and does not need to stay at the clinic.

“ “I am so happy I finally had my eyebrows transplanted! All the hairs have finally grown to the right length, and I trim them regularly. I can’t even begin to tell you how happy I am and how natural my eyebrows look!”

AFTER YOUR EYEBROW TRANSPLANT

Immediately after the operation you can expect mild swelling, redness, crusting and sometimes some light bruising around the eyebrows and upper eyelids. Cold compresses are recommended, and the eyebrows themselves should be treated with a special spray you will receive from us at the clinic. The changes usually recede after 5-7 days, and after that there will be no visible signs of the procedure. The transplanted hairs will grow for the first two to three weeks after the procedure, and then will fall out, which also happens with a hair transplant. Then they will start to grow again at around three months, and the final results can be expected some 9-12 months after the eyebrow transplant. Since the transplanted hair is taken from the head hair, it will grow quickly and need to be regularly trimmed. Usually the hairs are trimmed every 7-10 days, and over time their growth will slow. Transplanted hairs look exactly the same as regular eyebrows, there is no visible difference anyone will notice. The colour, distribution and orientation of the hairs is exactly the same as in the non-transplanted eyebrow. The most important thing to note is that eyebrows, once transplanted, are permanent – there is no need for the procedure to be repeated. 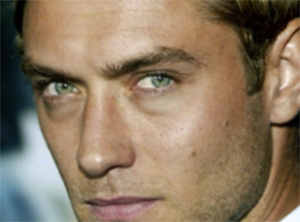 Eyebrow transplantation is a very popular technique among men who want to improve the appearance of their eyebrows. With age, the eyebrows become narrower, and they lose their thickness and form, similar to hair loss. In thyroid disorders, the outer third of the eyebrows is often lost, and certain medications can also cause eyebrow loss. That is why eyebrow transplantation is the ideal way to correct any deficiencies and improve the current appearance of the eyebrows. The technique itself does not differ from women’s eyebrow transplantation in any way. The donor region also needs to be trimmed short so that grafts can be taken. In men, more hairs are generally required to correct the eyebrows, and this can range between 100 and as many as 500 grafts. The procedure is also carried out under local anaesthetic and lasts around three hours. Recovery is straightforward and short, and after seven days patients can already return to their day-to-day activities. An eyebrow transplant can also successfully deal with scars in the eyebrow region. An eyebrow transplant can be combined with other procedures such as a hair transplant, a beard transplant, or any other cosmetic operation.

Eyebrow transplants are one of Dr Gorana Kuka’s favourite esthetic procedures, for which she was trained by the world’s leading practitioner, Dr Jeffrey Epstein. She was the first physician in Serbia to begin practising this technique in the country and the region, and her many satisfied patients are testament to her work. Her years of experience mean she is able to approach each patient individually, tailor her technique and achieve just the results that the patient is hoping for.

You can see more about the procedure in this video:

Gorana Kuka explains in detail what an eyebrow transplant procedure looks like, and shares the experience of one female patient